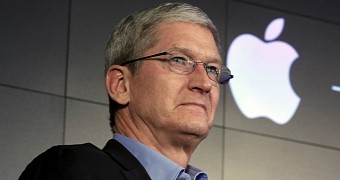 One of the promises made by US President-elect Donald Trump during his campaign was that US companies would be pressured to rely more on domestic production and less on facilities based overseas, naming Apple as one particular target that should make devices in the country.

In a recent interview with Axios, Donald Trump reiterated his commitment to this plan, explaining that Apple’s CEO Tim Cook himself is exploring the idea of manufacturing iPhones in the country, so he is very confident that Cupertino could do “something major” in the US.

Tim Cook has his “eyes open to it,” Trump said when being asked about his efforts to convince Apple to build iPhones in the United States, adding that the company’s CEO loves his country.

Chinese suppliers not keen on US production

In late 2016, Donald Trump revealed in an interview that he discussed with Tim Cook the possibility of building iP… (read more)