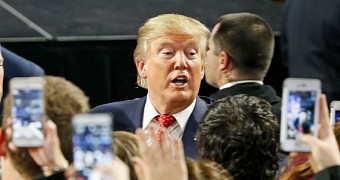 As compared to his predecessor Barack Obama, US President Donald Trump is actually allowed to use an iPhone, though with a lot of restrictions.

And according to a new report, Trump has just a single app visible on his iPhone, and that’s Twitter, because lately this seems to have become his favorite service for going online with his rant or opinions on a wide variety of topics.

Apple allows iPhone users to hide stock apps with a configuration profile, but more likely, President Trump has received a device that also went through a series of other security tweaks to block any potential threat that could expose him or his data.

iPhones can indeed be tweaked in this regard with MDM tools that block the installation of other apps, but given that President Trump’s phone needs to be completely locked down, there’s a chance that US security agencies went for more security methods in … (read more)