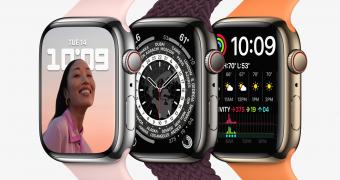 If you’re in the market for a cheaper Apple Watch, how about buying one directly from Apple? The Cupertino-based tech giant has started selling refurbished units of the Apple Watch Series 7, and needless to say, they come with a lower price tag.

The Apple Watch Series 7 normally starts at $399 for the 41mm aluminum version, while the larger 45mm model can be had from $429.

However, the refurbished units are obviously much cheaper, as the smaller model starts at $330, while the larger sibling costs $359. As per MacRumors, only the aluminum version is currently selling as part of the refurbished program, with several color options also included.

Certainly, getting your hands on a cheaper Apple Watch Series 7 is certainly something that many people are willing to do, but at the same time, it’s not a secret that some are waiting for the next-… (read more)