Rise of the Machines: Siri Wakes Up on Live TV to Tell Meteorologist He’s Wrong 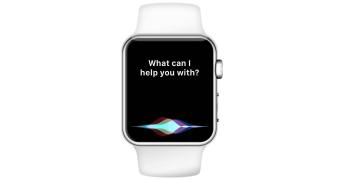 Digital assistants can do all sorts of things, like setting reminders and telling the forecast, but as a BBC weather presenter discovered this week, they can even wake up all of a sudden to contradict you.

Meteorologist Tomasz Schafernaker was discussing the weather conditions on live TV, warning of low temperature and snow in the United States. It was the moment Siri decided to make an appearance, waking up all of a sudden to tell everyone watching the BBC there was “no snow in the forecast.”

Both Schafernaker and the anchor laughed off the incident, emphasizing there would actually be snow in the United States and Siri was wrong because it didn’t know the location they were talking about.