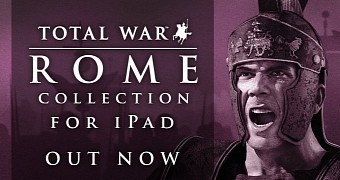 And today, to celebrate one year after the initial debut of ROME: Total War on the iPad, Feral Interactive is releasing all three games into a single bundle called ROME: Total War Collection, which you can purchase right now from the App Store.