Rumor: Apple Gives Up on iPhone 7 Dual-Camera Due to Technical Issues 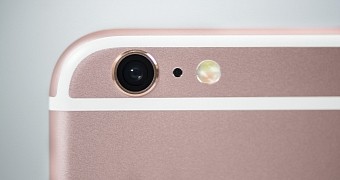 One of the biggest changes expected on the upcoming iPhone 7 was the dual-camera configuration, which, according to previous leaks and people with knowledge of the matter, was supposed to be installed on the bigger Plus model.

But according to a new report coming from MobiPicker and citing “internal sources,” Apple has decided to abandon the dual cameras on the iPhone 7 generation and will instead go for a bigger and improved camera unit as compared to the existing 6s models.

Before anything, it’s very important to keep in mind that this is just an unconfirmed rumor, and it can very well be fake. But at the same time, confirmation that dual cameras will be packed on the iPhone 7 has never been offered, so it’s better no… (read more)