Samsung and LG Start the Production of iPhone 13 Displays 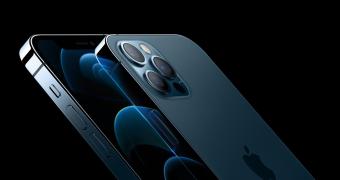 Apple plans to take the wraps off the new-generation iPhone in September as per the company’s typical release calendar, so it’s now trying to reach all critical milestones in the planning phases earlier than usual.

This is because the madness that started in 2020 doesn’t seem to come to an end in 2021, so Apple is afraid that possible lockdowns or restrictions hitting suppliers could end up causing other problems for the company, eventually forcing a delayed launch of the new iPhone.

But a report from The Elec reveals that both Samsung and LG have started the production of the displays Apple is supposed to use on the iPhone 13 series.

Samsung is reportedly building the OLED panels that will be used on the iPhone 13 Pro and iPhone 13 Pro Max, with this year’s models to feature a new LTPO technology with ProMotion 120Hz support.

On the other hand, LG is in charge of building the displays Apple wil… (read more)