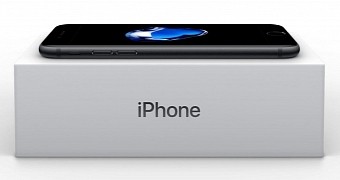 The iPhone 7 is now available worldwide, but with Apple no longer providing first weekend sales figures, it’s hard to tell whether the new model is more successful than its predecessor or not.

But according to well-known Apple analyst Ming-Chi Kuo from KGI Securities, the iPhone 7 isn’t selling as good as the iPhone 6s and 6s Plus, despite all the reports that we’ve seen lately.

In a note sent to AI, the analyst is actually raising the original sales estimate for the iPhone, explaining that KGI now expects Apple to sell a maximum of 75 million iPhone 7 units this year, up from the original 65 million. The reasons? There’s two of them, according to the analyst.

First of all, it’s the exploding Samsung Galaxy Note 7. Samsung launched a global recall to replace all sold Note 7 units after discovering that some phones come with defective batteries which can catch fi… (read more)