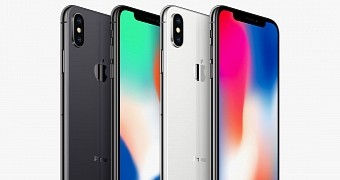 Two of the three best-selling high-end smartphones last month in Korea are manufactured by Samsung, according to figures published by local media.

Samsung’s Galaxy Note 8 was the number one model in November, The Investor reveals, with more than 10,000 units sold every day, while Apple’s iPhone X was the runner-up. Samsung Galaxy S8 was third in the charts.

Overall, all high-end models priced at $648 or higher accounted for sales of 1.4 million units and represented no less than 70 percent of all sales recorded by the country’s three mobile carriers.

iPhone X sold out in Korea in just 2 minutes

What’s important to note, however, is that the iPhone X only launched in Korea in mid-November, so reaching the second place is quite an achievement for Apple anyway.