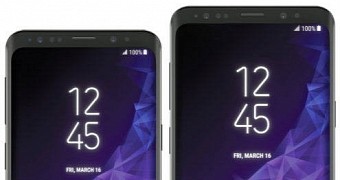 Samsung is getting ready to take the wraps off the new-generation Galaxy S9, and information coming from people with knowledge of the matter indicate that the device is going to be the most expensive S-series model ever released by the South Korean firm.

While phones are typically more expensive in South Korea than in the rest of the markets because of local taxes, these prices do provide us with an estimate as to how much they could cost in the United States when they go on sale in March.