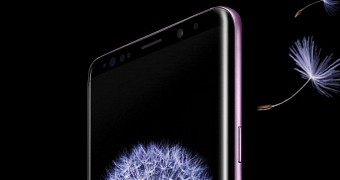 Samsung took the wraps off the Galaxy S9 earlier this week, and in addition to several hardware upgrades, the company also introduced its very own animated emoticons called AR Emoji.

By the looks of things, AR Emoji is based on the same idea as Apple’s Animoji available exclusively on the iPhone X, so it was just a matter of time until Samsung was accused of copying its long-time rival.

But Samsung says that it doesn’t copy Apple in any way, not only because the two companies use different approaches, but also because AR Emoji itself is a feature that’s been in development for a long time.

Speaking with the WSJ, Samsung’s mobile chief D. J. Koh explained that AR Emoji was part of the company’s feature roadmap before Apple officially rolled out Animoji, claiming he was the first to come up with this idea in 2001. At that point, he was the chief of Samsung’s … (read more)