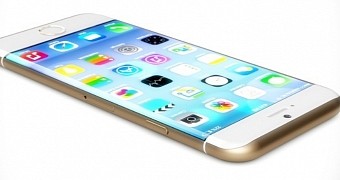 Not much time passed since Apple released its latest iPhone and there’s already talk about the upcoming phone from the Cupertino company. Samsung is most likely to become the exclusive supplier of OLED displays for the iPhone 8.

South Korean news outlet, Business Korea reported that Samsung will be supplying organic light-emitting diode (OLED) display panels for iPhones for the next two years at least. Samsung will be the sole supplier of such screens for the iPhone 8, which will become the first-ever iPhone with an OLED display.

Samsung Display has a stunning share of 95% of the smartphone OLED screens market, which means that if Apple does intend to incorporate such a screen on the upcoming iPhone, the South Korean company will most likely be the sole manufacturer.

Other companies like LG Display and Japan Disp… (read more)