Second-Generation iPhone SE Could Launch This Year as iPhone XE 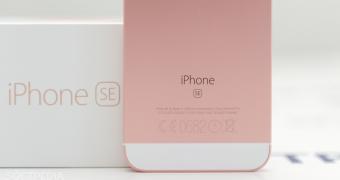 Apple could launch the second-generation iPhone SE as soon as this year, according to a new report, and the name the company picked brings it in line with the other modern iPhones currently on sale.

iPhone XE is a completely overhauled version of the iPhone SE, and a report from PC-Tablet indicates that Apple could also increase the display size. As a result, iPhone XE would feature a 4.8-inch OLED display with a notch, just like the other modern-generation iPhones, with an edge-to-edge design and Face ID.

The fingerprint sensor would thus be ditched, so unlike the original iPhone SE, iPhone XE would go all-in on facial recognition.

The legacy design of the iPhone would be retained, the cited source says, so iPhone XE would come with an aluminum back, which means it won’t boast wireless charging.

When it comes to hardware, however, iPhone X… (read more)