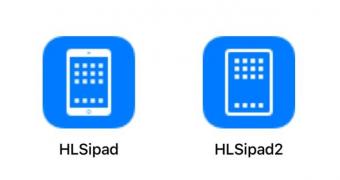 We’ve known for a while that Apple planned to expand the edge-to-edge design approach of the iPhone X to other products as well, and by the looks of things, the iPad will get the new treatment as soon as this year.

Code discovered in the most recent iOS 12 beta shows that Apple is already preparing this operating system for a bezel-less iPad, with an icon included in the preview build hinting at design improvements for the tablet.

As reported by 9to5mac, the new iPad icon clearly indicates that several major design changes are coming to the device, with bezels to be substantially thinner and the home button completely removed.

While there’s no notch in the icon, there’s a good chance that the removal of the home button means that facial recognition would be added as well. Like on the iPhone X, Face ID modules would be placed inside a notch, so this design tweak is expected to ma… (read more)