Software Is Dragging Down Apple Despite Hardware Innovation 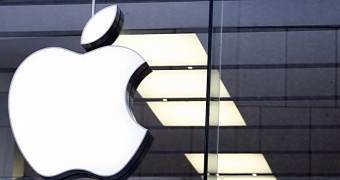 The latest versions of iOS and macOS have been two crazy rollercoaster rides for Apple and its users, as they’ve been hit by an insanely high number of issues and security bugs, eventually forcing the company to reconsider its strategy and pay more attention to reliability and stability.

And it’s this software struggle the one that’s dragging down the company, top-rated Apple analyst Ming-Chi Kuo from KGI Securities says in a research note, as despite the hardware innovations, Cupertino had a really hard time keeping up with rivals.

One relevant example in Kuo’s note is Chinese phone maker OPPO which has managed to beat Apple in the augmented reality race despite the American firm having the lead and introducing the ARKit platform first.

“In several cases we have seen Apple lagging in software versus hardware development, which bodes badly for its innovation strategy of software and hardware integration,” Kuo was <a href="https://www.macrumors.com/2018/04/11/kuo-a… (read more)