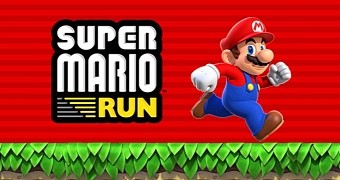 Super Mario Run was announced with much fanfare during Apple’s iPhone 7 launch event, but Nintendo didn’t actually provide a release date, leaving us hoping to get the game before the end of the year.

And it appears that we’ll actually get our hands on the first official Mario version for smartphones before December 31, as the company has just confirmed that the launch would take place in exactly one month.

Super Mario Run thus becomes available on December 15 for both the iPhone and the iPad, but only in the United States (we do know, however, that this isn’t at all a problem because the same thing happened with Pokemon Go and everyone was playing it anyway).

And yet, Super Mario Run won’t be cheap, and Nintendo uses quite an odd model to tease you and convince players to buy the full game.

Basically, Super Mario Run can be downloaded from the App Store free of charge, and some parts of the game will be available at no cost, … (read more)