Surprise iPhone with Touch ID on the Side Due in 2021 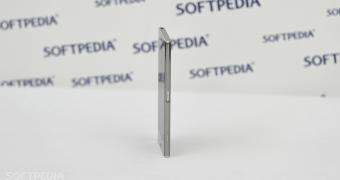 All eyes are on this year’s iPhone generation, but Apple is already planning in advance, and one of the models the company is currently looking into could come with a fingerprint sensor on the side.

Analyst Ming-Chi Kuo explains that the 2021 iPhone lineup could include, in addition to the successors to the 2019 series, a new lower-cost device that could feature an LCD screen and no Face ID. A notch could still be used, it seems, but it would be significantly smaller.

Touch ID would thus make its return, only that as compared to the older iPhone models, where it was integrated into a front-facing home button, it would now be placed on the side. This is an approach that other manufacturers are already using, including Sony on some Xperia models.

The analyst explains that these changes would help Apple pioneer a new iPhone design, albeit there’s a chance this would remain exclusive to this lower-cost model.

While Apple still re… (read more)