The Cheapest iPhone This Year Will Launch in Two New Colors 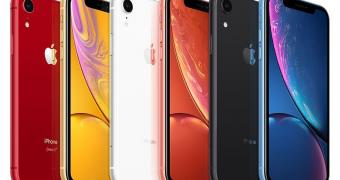 2019 will be the last year when we get an LCD iPhone, so Apple might either retire the iPhone XR next year or switch it to OLED as well beginning with the 2020 generation.

For the last LCD generation of the iPhone XR, Apple wants to introduce two new colors, according to a new report.
The 2019 iPhone XR is expected to debut in a six-color lineup as well, albeit this year Apple wants to give up on two versions and replace them with two others that are completely new.

Japanese site Macotakara reveals that the iPhone XR will be sold in white, black, yellow, and the special-edition (PRODUCT)RED, as well as in new green and lavender colors, which replace the existing coral and blue options.

In other words, Apple is giving up on coral and blue and instead introduces a new green and lavender option that will be sold alongside the four mentioned above.

It goes without sa… (read more)