The Donald Trump Effect: Apple Considering Moving iPhone Production to the US 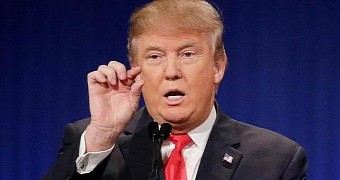 Apple and some of its partners are reportedly looking into ways to move iPhone production to the United States, as Cupertino is trying to prepare for new laws pushed by President-elect Donald Trump to enforce domestic manufacturing for US companies.

According to a report from Japanese newspaper Nikkei, Apple already discussed the matter with its largest suppliers, including Foxconn and Pegatron, asking them to investigate plans that could allow them to transfer production lines from China to the United States.

It appears that Pegatron has already said no, most likely because of the costs that would be involved in this transition, so Apple is trying to concentrate specifically on its partnership with Foxconn should Donald Trump indeed force the company to manufacture the iPhone in the United States.