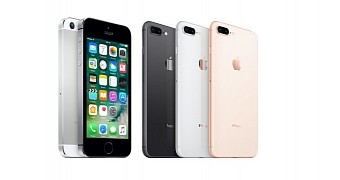 Every time it launches a new iPhone, Apple praises the performance of its in-house processors, stating the obvious during each keynote and emphasizing that new generations are faster than older ones.

In most of the cases, Apple also releases some performance figures to support its statements, but the company typically compares a new model only with its predecessor.

But a super-quick comparison between the iPhone 5s and the iPhone 8, which are basically the oldest and the newest models that are still being supported by iOS 11 today, shows just how much performance has improved in the last few years and how fast the latest-generation iPhone is compared to older ones.