The Latest Apple Leaks Are Both Good News and Bad News 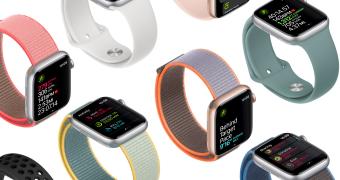 Apple will host its typical September event next Tuesday, but as compared to the previous years, the Cupertino-based tech giant is unlikely to announce any new iPhones this time.

And it’s all because the global health crisis has caused particular challenges for Apple and its suppliers, so the new-generation iPhone would arrive later this time, most likely in October.

According to the latest leaks, however, here’s what you can expect in the next couple of months from Apple.

First and foremost, the September 15 event will be mostly focused on the Apple Watch. And Apple leaker Jon Prosser says the company will unveil two different models, namely the Apple Watch Series 6 and a new so-called Apple Watch SE. Designed as a more affordable version of the Apple Watch, the SE model would follow in the footsteps of the iPhone SE, albeit right now, full information is obviously not available.

Then, Apple will take the wraps off t… (read more)