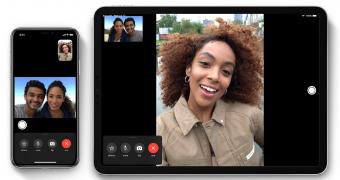 Apple rolled out iOS 13.4 earlier this week with several new features, but it looks like the new update also includes a bug that comes at the worst possible time.

Users are now complaining that making a FaceTime audio or video call to an iPhone or iPad running iOS 9.3.5 or 9.3.6 no longer works, with some saying the call itself gets stuck or receives no answer.

With the entire world staying home due to the coronavirus outbreak, services like FaceTime have obviously recorded a spike in usage, especially as everyone is trying to stay in touch with friends and family using video calling.

iOS 9.3.5 and 9.3.6 are the last supported iOS versions for older devices like iPhone 4S, which are mostly used by older people who just stick to them because of usability reasons.

Apple tight-lipped on the bug

So not being able to make FaceTime calls to these devices is definitely a major inconvenient, as some Twitter users have been complaining lately.