These iPhone and Android Apps Are the Most Banned by Companies 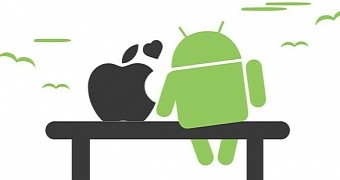 A research conducted by mobile security firm Appthority provides us with a closer look at the apps that are most often banned in the enterprise due to a wide variety of reasons, with security the biggest concern.

The firm says WhatsApp, Pokemon Go, and WinZip top the list of apps blacklisted on iOS devices, with Facebook Messenger, WeChat, and CamScanner also among the top 10. When it comes to Android, however, the list doesn’t include any top apps, but still points to titles that recorded millions of downloads, like Wild Crocodile Simulator, Where’s My Droid Pro, and Chicken Puzzle.

The bigger difference is the reason why these apps got blacklisted in the enterprise. The security firm says the majority of apps banned on Android included malware, while others send IMEI and data unencrypted or track location without user consent.

As far as iOS apps go, the research reveals that WhatsApp can sen… (read more)