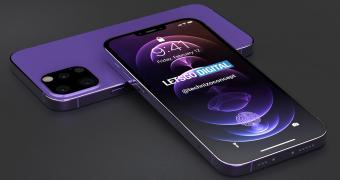 Apple is projected to launch new iPhones in the fall, and one of the changes more and more people are talking about concerns the Lightning connector.

No, Apple isn’t planning to switch to USB-C, though this is something that would definitely come in handy to everybody, but actually kill off the Lightning port completely.

While this may sound like a change nobody would like, just think about what happened when Apple removed the headphone jack and you’ll understand it’s just a matter of time not only until we get used to it but also until the rest of the industry follows in Apple’s footsteps.

So if Apple is indeed planning to launch an iPhone without any ports, there’s a chance everybody else will do the same rather sooner than later, so expect others like Samsung to also give up on the USB-C port at some point in the future.