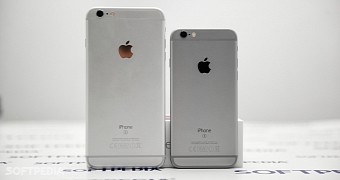 Apple is slowing down iPhones with worn-out batteries on purpose in order to prevent unexpected shutdowns, and since many people see this as planned obsolescence, the company launched a battery replacement program that reduces the price of the servicing from $79 to $29.

In other words, if you want to replace the battery of your old iPhone, you can do it until the end of the year for just $29, instead of paying the full price.

It’s believed that replacing the battery pack with a new phone brings the iPhone in tip-top condition, as Apple’s performance throttling would be disabled, allowing the device to run at maximum speed.

And the video you can watch below shows the performance difference between an iPhone 6s with a degraded battery and the same phone with a new battery pack.

It goes without saying that the new battery unit has substantially improved performance and loading times are dramatically reduced, whi… (read more)