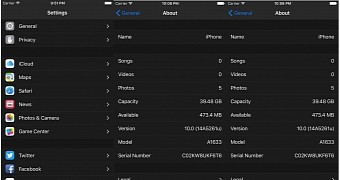 The first developer preview of iOS 10 is already available for download, and it comes with evidence that Apple might be working on a dark theme that would debut on iPhones and iPads at some point in the future.

And now developer Andy Wiik has discovered the dark theme built into iOS 10 when looking at the changes the Apple introduced with this release using the simulator app.

Basically, the code for the dark theme, although unfinished, is already there in this early version of the operating system, but for the moment, it’s not very clear if Apple plans to release it in the coming beta builds or not. Without a doubt, the company has at least considered creating a dark theme for iOS 10, and although there’s no indication of when it could become available to users, an early version… (read more)