Home » iOS News » This Link Will Crash Any iPhone Out There

This Link Will Crash Any iPhone Out There 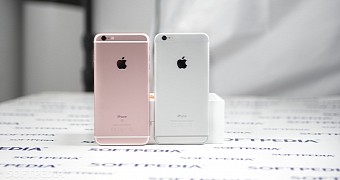 ​There is a new glitch in iOS that causes pretty much any iOS device out there, be it an iPhone, an iPod, or an iPad, to freeze completely and require a reboot in order to return to a working state.

Discovered by EverythingApplePro, the issue comes down to a malicious link which, when loaded, makes iOS devices completely unusable. We’ve already tested this on our iPhones here at Softpedia, and we can confirm that the problem indeed exists, even on the iPhone 7 running iOS 10 beta 3.

The link connects to an MP4 video that is opened in Safari and which appears to be corrupted, causing what seems to be a memory leak, eventually taking full processing power and freezing the device. On the latest beta for iOS 10, the iPhone 7 seems to gradually slow down after opening the link, and the device is increasingly hot before ultimately displaying a spinning wheel and requiring a reboot.