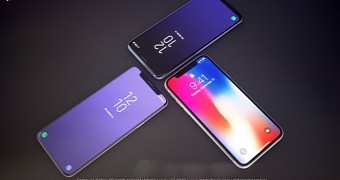 Despite the iPhone X notch being rather controversial and people having mixed feelings about it, Android manufacturers, especially those in China, are in a rush to bring it to their phones.

Samsung, on the other hand, which is currently considered Apple’s fiercest rivals, decided to stay away from the notch for the Galaxy S9, the model that launched in late February and which ships to customers this week.

But if Samsung indeed embraced the notch, this is how the whole thing would have looked like, according to a concept created by Martin Hajek. Without a doubt, Samsung copying the notch would have made the Galaxy S9 the number one iPhone X clone, especially as the whole world appears to be looking into this design.

Samsung and the notch