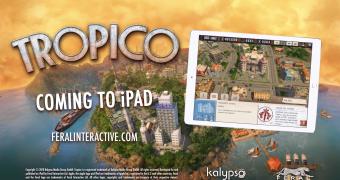 Developed by PopTop Software and published by Gathering of Developers, Tropico is an adorable construction and management simulation video game for Microsoft’s Windows and Apple’s macOS operating system.

Later this year, you will be able to play the video game on Apple’s iPad tablet for the first time, which is powered by the iOS mobile operating system. As expected, the game will allow users to build their own power trip in a tropical environment.