Home » iOS News » US Teens Crazy About the iPhone: 78% of Them Have One

US Teens Crazy About the iPhone: 78% of Them Have One 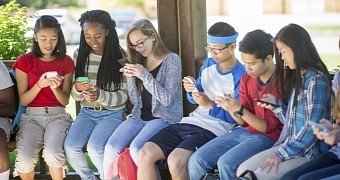 We’ve known for a while that iPhones are the preferred choice when it comes to smartphones for teens, and a new survey conducted by Piper Jaffray comes to confirm not only that Apple’s device continues to dominate the charts, but it’s also growing to record levels.

This time, the survey reveals that no less than 78 percent of the teens have an iPhone, which is up from 76 percent from the previous survey earlier this year and from 74 percent in 2016.

And the good news for Apple does not stop here. No less than 82 percent of the teens who participated in the survey say that the next smartphone will be an iPhone, once again an increase, though time less substantial, from 81 percent in the previous research.

On the other hand, Piper Jaffray says this is “the highest we have seen in our survey,” and this confirms that the iPhone continues to be one very appeal… (read more)