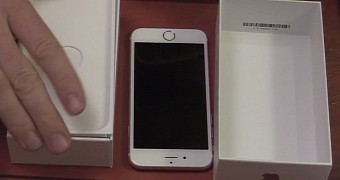 Apple’s iPhones come in various display sizes, colors and configurations, while Apple does have a policy that somewhat prohibits consumers from swapping components and making changes to their iPhones. But the creator of YouTube channel Strange Parts seems to have accomplished the impossible.

Scotty Allen managed to build an iPhone 6s with 16GB of internal memory using spare parts that he bought in the public cell phone parts markets in Shenzhen, China. It actually took months to create the smartphone, but the result is truly impressive.

Because the development process was so long, the video was filmed in chunks, which does give us some doubts towards the authenticity of this video. However, the market in Shenzhen, China would be the best place to find all of the parts that you would need in order to build your own phone.