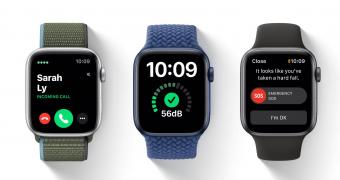 Apple launched watchOS 7 with much fanfare earlier this month, and the devices that are getting the update are the Apple Watch Series 3 and newer.

However, installing this new operating system on the Apple Watch S3 is proving to be quite a risky decision, as several users are now hitting more or less critical issues, such as slow performance, major battery drains, and apps crashing all of a sudden.

Others claim that complications fail to load, while the device sometimes locks automatically without any reason.

“The first day (9/17) of os7 worked great, but the second day (9/18) it shut down and took quite a while to come back on (I’d guess 3-5 minutes). Today it has restarted once. Complications also take a while to reload after restarting, even if I try to tap them to access the app. The battery has never been low after the restarts (typically above 50%) and the watch is about 4 months old. Never had problems like this with OS6,” one user says in a <a href="https:… (read more)