Why Apple Has No Plans to Launch iMessage on Android 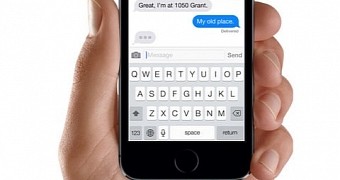 One of the pre-WWDC 2016 rumors that reached our ears claimed that Apple was planning to release its iMessage iOS messaging app on Android in an effort to boost the number of users for its services, but now that the conference has already passed, it’s very clear that this was just fake speculation.

And yet, there’s still hope that, at some point in the future, Apple might actually bring iMessage on Android, but in a recent interview on the sidelines of WWDC, a company executive explains that this is very unlikely to happen anytime soon.

The Verge’s Walt Mossberg revealed a recent conversation with an undisclosed Apple executive who commented on rumors that the company could release iMessage on Android, pointing out that Cupertino has no inte… (read more)