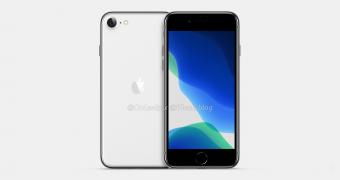 Apple is projected to take the wraps off a new more affordable iPhone as soon as March, and while we already know pretty much everything about this device, the name that the company plans to use is still a big mystery.

In the last few months, most people referred to this device as the iPhone SE 2, while others claimed Apple could end up calling it iPhone 9? But which one makes more sense given its features and time of release? I’ll try to find an answer in the next few lines.

But first, let’s see what this new iPhone is all about.

The second-generation iPhone SE will be Apple’s new most affordable iPhone, with a starting price of $399 in the United States. As compared to the previous iPhone SE, however, this new model will feature a larger screen measuring 4.7 inches.

It’ll be based on the iPhone 8, so it’ll use not only a similar… (read more)