Xiaomi Wants to Become the Number One Apple Rival 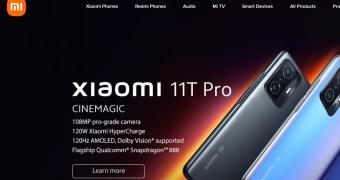 We’ve known for a while that Xiaomi was planning to compete against Apple on several fronts, but now the company’s founder and CEO reiterates their ambitions in a public statement.

Lei Jun recently said on Weibo that Xiaomi’s goal is to become an Apple rival in the high-end sector, and in China, it wants to become the number one company in the next three years.

“[We aim to] fully benchmark against Apple in [terms of] product and experience, and become China’s biggest high-end brand in the next three years,” he said, according to a report.

Xiaomi doesn’t want to be an Apple rival only in the smartphone market.

The company is also investing heavily in an electric vehicle whose launch should take place at some point in 2024.