Yet Another Message Bug Crashes iPhones, iOS 11.3 and iOS 11.4 Affected 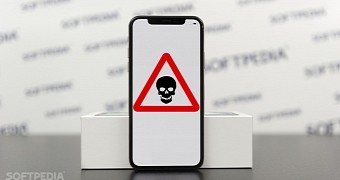 The message bug crashing WhatsApp on Android is now hitting iPhones as well, only that in Apple’s ecosystem it breaks down Messages to a point where it’s fairly difficult to bring it back.

Specifically, a specially crafted message that includes invisible Unicode characters causes the Messages app on an iPhone to crash completely. The app no longer launches, despite the typical workarounds like forced closes or phone reboots.

At this point, the message bug appears to spread online with the following string of emoji, though it’s worth noting that the body can be easily modified by anyone, as long as the invisible Unicode characters are still there:

If you receive this message, you should avoid opening it. Tapping the message notification or opening the conversation in Messages will crash the app on all iOS … (read more)