Yet Another Sign That the iPhone 8 Will Be Delayed 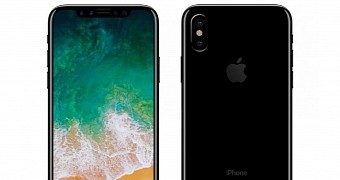 Apple will announce its new generation of iPhones next week as part of an event at the Apple Park, and the big star of the show is expected to be an OLED model celebrating the 10th anniversary of the device.

Referred to as many as iPhone 8 (but likely to be called iPhone X or iPhone Edition), the new OLED model is expected to see daylight on September 12, but instead go on sale only in October. This means that while the other 2 iPhones that’ll go live next week will hit the shelves on September 22, the more exciting iPhone 8 would be held back a little bit longer.

Reports that the iPhone 8 would be delayed have made the rounds several times in the last 7 days, and now Rosenblatt <span style="… (read more)