Home » iOS News » You Didn’t See This Coming: iPhone 7 Plus Battery Smaller than on iPhone 6s Plus

You Didn’t See This Coming: iPhone 7 Plus Battery Smaller than on iPhone 6s Plus 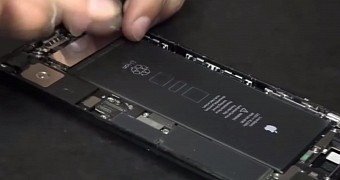 New smartphones, especially flagships, typically launch with bigger batteries, as they usually get new features that require more power to work correctly and offer an autonomy of at least one day.

This was also Apple’s purpose with the iPhone 7 and the iPhone 7 Plus, as the company aimed to build a device that can last at least for one day with moderate usage. And since the Plus is getting several important upgrades, including a dual-camera system and 3 GB of RAM, hence it needs more battery juice to perform all tasks, a bigger battery pretty much made sense.

But not if you’re asking Apple though, as Cupertino has somehow considered that reducing battery capacity is actually a good idea. Because according to a recent video showing a teardown of the iPhone 7 Plus, the device ships with a battery of just 2,675 mAh, smaller than the 2,750 unit on the 6s Plus.

Here’s the context: the video you see here, and which we cannot guarantee is 100 percent real – although it c… (read more)