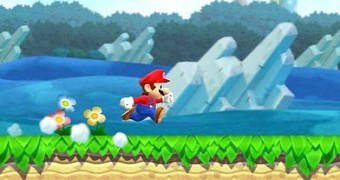 Announced with much fanfare at Apple’s iPhone 7 unveiling, Nintendo’s Super Mario Run is now available for iPhone from the App Store.

Super Mario Run is a modern interpretation of the classic Super Mario game, and it’s essentially a set-pace side-scroller where you need to simply tap the screen to avoid obstacles and collect coins. The game was developed from the very beginning to be able to play one-handed, but at the same time, to retain the original fun that made Super Mario so popular.

It goes without saying that Nintendo wanted from the very beginning to offer a totally different experience from games based on the same approach, such as Temple Run or Flappy Bird, and there’s no doubt that the Super Mario legacy helped a lot in achieving this goal.

Works on both iPhone and iPad

The iOS version works on both iPhones and iPads and requires at least iOS 8.0 or later … (read more)