Apple Accused of Forcing Retailers to Pay for Demo iPhones 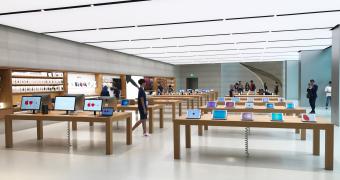 Cupertino-based tech giant Apple is being accused by a group of South Korean retailers that it is forcing them to cover several costs associated with iPhone marketing, including demo units showcased in their stores.

The Korea Mobile Distributors Association (KMDA) said in a statement that Apple is the only company that turns to such tactics, as all the other phone manufacturers offer demo units free of charge and collect them when the promotional campaign comes to an end.

Apple uses this strategy because of the popularity of the iPhone, the association says, and retailers have no other option than to agree with it if they want to sell the device.

Furthermore, Cupertino does not allow retailers to sell the iPhone in their stores if they don’t purchase demonstration devices, while also requesting them to build specific shelves for display units, all based on Apple’s very own and strict policies.