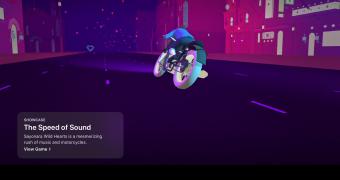 Apple’s Apple Arcade games subscription service has been made available to users on the iOS 13 or iPadOS 13 operating systems ahead of its September 19 launch.

Packed with more than 100 original games specifically designed for Apple’s brand-new video games subscription service, Apple Arcade is now available for those who have the beta version of the forthcoming iOS 13 or iPadOS 13 operating systems installed on their iPhone or iPad devices.

Apple Arcade was initially planned to go live on September 19th, as part of the launch of the iOS 13 and iPadOS 13 operating systems, but it appears Apple gave users early access to its promising video games subscription to get their hands on all the awesome games that were made exclusively for Apple Arcade.

“We are so excited to launch Apple Arcade on the App Store. A curated selection of over 100 new and exclusive games from many of the most innovative game developers in the world is the perfect complement to the App Store’s … (read more)