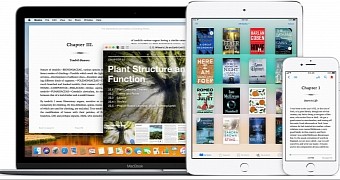 Bloomberg’s Mark Gurman reports today that Apple plans to allow developers to expand their iOS apps to the macOS ecosystem through so-called universal binaries, which the company is already using for some time now to make it easier for application developers to port their iPhone apps to the iPad.

Developers will be able to get an early taste of project “Marzipan” in early 2018, according to the report, allowing them to design a single application capable of running on iPhone, iPad, and Mac devices, so that the universal apps can be ready for the launch of iOS 12 and macOS 10.14 operating system in summer 2018.

Apple did not yet confirm project “Marzipan”</strong… (read more)