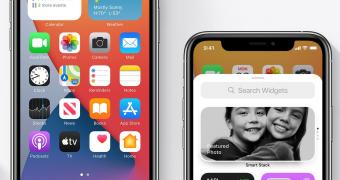 Apple has just shipped iOS 14 beta 8 to developers, as the company advances towards the final build of the operating system.

The public beta is expected to launch this week as well, so it shouldn’t take too long before everybody can give a try to this new release.

Needless to say, Apple has remained completely tight-lipped on the release date of iOS 14, but the company has already announced a September 15 even when the operating system could get to go-ahead.

What this means is that the golden master build should arrive any day now, especially as we approach the September 15 event.

While Apple hasn’t announced the agenda of the September 15 event, it’s likely that the company will officially announce iOS 14 alongside the Apple Watch Series 6 and new iPads.

Rumor has it that the new iPhones won’t get to see the daylight this month, as Apple still needs more time to finalize the device. People familiar with the matter … (read more)