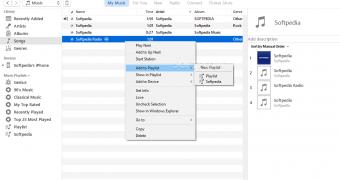 Apple has recently released a small pack of improvements for the desktop version of iTunes on both Windows and Mac systems, in addition to the OS updates that the company pushed a few hours ago.

With this update, iTunes reaches version 12.7.5, and according to the official release notes, this build is all about app and performance improvements, with no other specifics provided.

While it makes sense for iTunes to bring only small refinements given that the previous version landed in late April, it’s likely to include optimizations that improve compatibility with iOS 11.4, now available for download for iOS devices.

In other words, this iTunes update ensures smooth upgrade for iPhone and iPad, while also enhancing backing up and other tasks that you might be running when connecting your device to the computer.