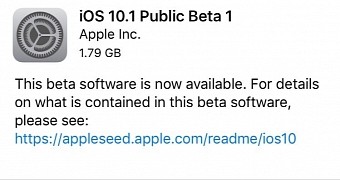 We reported the other day that Apple released the first Beta builds of the next maintenance updates of its recently released iOS 10, macOS Sierra 10.12, watchOS 3, and tvOS 10 operating systems to registered developers.

As expected, the Public Beta versions are being released approximately 24 hours after Apple seeds the Developer Beta builds to those who have a registered and paid Apple Developer account, which means that anyone can now install iOS 10.1 Beta 1, macOS Sierra 10.12.1 Beta 1, watchOS 3.1 Beta 1, or tvO… (read more)