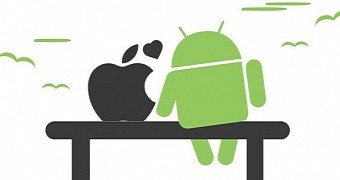 The dispute between Android and iPhone fans most often comes down to the features that Apple has introduced on its devices and which were more or less inspired from Google’s mobile platform, as it’s the case with wireless charging on the recently-announced iPhone 8 and iPhone X.

Most Android fans and Apple critics claim the Cupertino-based firm is no longer innovative, becoming more of a follower of the industry, while being very slow when it comes to the adoption of certain features.

But this isn’t at all true, according to Apple services chief Eddy Cue. He explained in an interview with Livemint that it takes time for breaking new features to be developed, but overall, Apple has been “incredibly innovative.” When asked if Apple has more or less slowed down the level of innovation in the last years, Cue offered the following answer:… (read more)