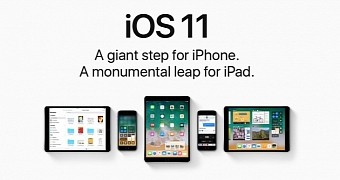 Another day, another bug is discovered in Apple’s latest iOS 11 mobile operating system for supported iPhone, iPad, and iPod touch devices. This time, a vulnerability was unearthed in the built-in QR code reader.

Promoted as “A giant step for iPhone” and “A monumental leap for iPad,” Apple’s iOS 11 mobile operating system comes with lots of innovative and handy features, including a built-in QR code reader into the iOS camera app, which eliminates the need for third-party QR code readers.

However, iOS 11 proved to also come with numerous bugs, and the latest was unveiled over the weekend by German website Infosec (via 9to5mac), which reveal the fact that the built-in QR code reader can be tricked into redirecting users to a malicious website even without their knowledge.