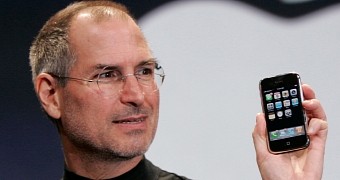 Apple co-founder Steve Wozniak revealed in a recent interview at the American Middle East Institute’s 10th Conference that Steve Jobs often had an attitude towards employees that reminds of the President of the United States Donald Trump.

Discussing Apple’s early years, Wozniak explained that Jobs actually didn’t know too much about computers “inside and out,” often making mistakes about them, according to BizJournals.

“Everything Apple tried without me failed,” he said, reminding that Jobs cheated out of some money for an Atari project in the early 1970s.

“There are so many stories you don’t know about,” Wozniak continued when discussing the way Steve Jobs treated employees at the company. Some members of the Mac team decided to leave the company and never work with Jobs again, he said.