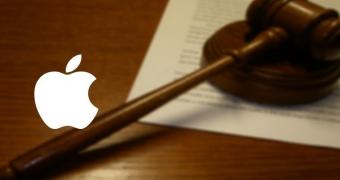 As if Apple’s legal trouble with Qualcomm wasn’t enough, the Cupertino-based tech giant is now dragged to the court once again, this time for allegedly violating the Wi-Fi patents owned by a company called Red Rock Analytics.

In a lawsuit discovered by AI, this company claims that Apple uses its patents covering transceiver technology for Wi-Fi chips without authorization.

The alleged technology is being used by Apple on most of its products, including iPhones (all models dating back to the iPhone 4), iPads, Apple TV, MacBooks, and the Apple Watch. The new-generation iPhones, including the XS and the XR, are also infringing on the patent, Red Rock claims.

As a result, this company is now seeking a trial by jury and wants Apple to pay damages for using its patent without authorization.

As per Apple’s approach, the Cupertino giant has… (read more)