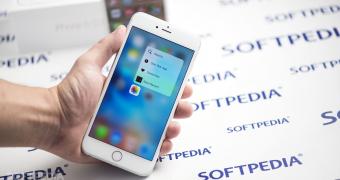 If you’re a big fan of 3D Touch on the iPhone, like I am, you’re in for a big disappointment this coming September.

Apple’s new iOS 13, which is supposed to bring so many welcome improvements, including a dark mode, will essentially mark the end of 3D Touch as we know it.

And the first beta of the new operating system provides us with a quick look at how Apple wants to get rid of this feature on new-generation iPhones, but also to disable it on older models.

Basically, the pressure-sensitive displays on the iPhone will become just an obsolete piece of technology once iOS 13 ships, as Apple wants to use a software system similar to the one on the iPhone XR to replace the hardware-based 3D Touch.

Just like on Android devices, users will be able to invoke 3D Touch options, like Peek and Pop and Home Screen Quick Actions, with nothing more than a long-press gesture. For example, a long-press on the icon of a… (read more)